While my pictures are still terrible (I blame my cell camera and unsteady hands), it'll still give you an idea of how the battles went - Hit the jump to see my terrible pictures and sub-par writing!

For this game, we used Scenario 3 - Scrap Heap. Basically, there were a ton of wreck markers everywhere, and if you have a Warbeast with Open Fists next to it, you can grab scrap and chuck it at your enemies... Gators couldn't quite grasp the concept of 'ranged attacking', so they just charged the horsies.


In the above shot, you'll see that WrongEye and Snackjaw are submerged, which doesn't block LoS - So Bull Snapper took a couple shots to the face from that Hunter... Also to note, Kraye is kray-krazeeee because he makes all of his 'jacks act like Cavalry, which apparently means they get to jump and dance and move all over the place whenever they damn well feel like it (After an attack, I'm just bitter)

Also to note - The Cavalry was terrified of my Spooky Gators, so they basically lost a turn... Pretty awesome, imo.

Learned a lot this game, Cavalry are so tricksy, and haphazardly placing Gatormans is a really effective way of blocking LoS vs shooty lists.

Vs Adam's Lylyth, Herald of Everblight

This game used the.... uuh.... Scenario with mines. Basically, before placement we each place 3 mines (Incubi make good mine proxies) and then at the beginning of each players turn (after the 2nd players' second turn) we each choose a mine, roll d6, whoever rolls higher gets their chosen mine to boom, with a 5" Pow12 AoE with a second 5" Pow12 deviating from it... So..... Bouncing bombs! :D


Overall, I was way too defensive this game. I should have gotten my gators up further (And fully in Swamp Pits)... But  didn't so they got shot at. A lot.

Also, those Raptors  that snuck in were really distracting, right up until....

So, I send this Posse member straight back, out of formation, to get in the way of these Raptors while Dirge of Mists is up... And the Raptors shit themselves! The 1 Gatorman was so furious and terrifying that these poor Nyss just couldn't maintain their composure, and were Feared! Most Valuable Gatorman :D

Why didn't I Swamp Pit the Orange posse? Why didn't I properly put Swamp Horror into that other Pit? Why did I put Wrong Eye in a position where he could have possibly maybe have gotten hit?

All these questions and more on the next episode of "I make poor decisions!"

Wrong Eye died, Snackjaw took his own life in sorrow, Bull Snapper went wild, entire orange GMP got killed... On the plus side, the MVGator in the bottom left got a promotion, and was now in formation! Yay! And Parasited! Not yay, but whatever!

Barny Feated, Swamp Horror got some beaks into some blighted Ogruns, tentacle dragged em close, too, and cleared up some space for Wrastler! Also, note the mounted lady at the far end of the table?

Anyssa Ryvaal is a jerk. She scooted around to get behind Grippli and PARKED ON HIS CARD. Much disrespect, getting them Ulk hoofprints all over it :( Thankfully, Grippli has stealth, and Adam has placed her just out of range... Unfortunately, Anyssa has Stealth too! This was very, very annoying. Anyssa eventually killed Grippli, and he was wounded! Just a minor wound, though. No need for rest!


Despite a valiant effort by Agama Wrastler to take down the Typhon, I think he was left with a few boxes left... Damn! If only it was Rask, he coulda been Fury'd and would have killed it... Ah well. It didn't matter much, as next round...

Lanyssa killed Grippli, the Raptors came around (after dispatching MVGator) and started firing shots at Barnabas... Then the Ogruns came in and finished him off.

Intense battle, tons of fun, and having the Cavalry run around and work at the Gators

Vs Adam's Vayl, Consul of Everblight


This was a really short game against an (apparently) very weird list, which wrecked me with CMA's since I didnt bring any of Gators' anti-shooting. Here's some pictures! 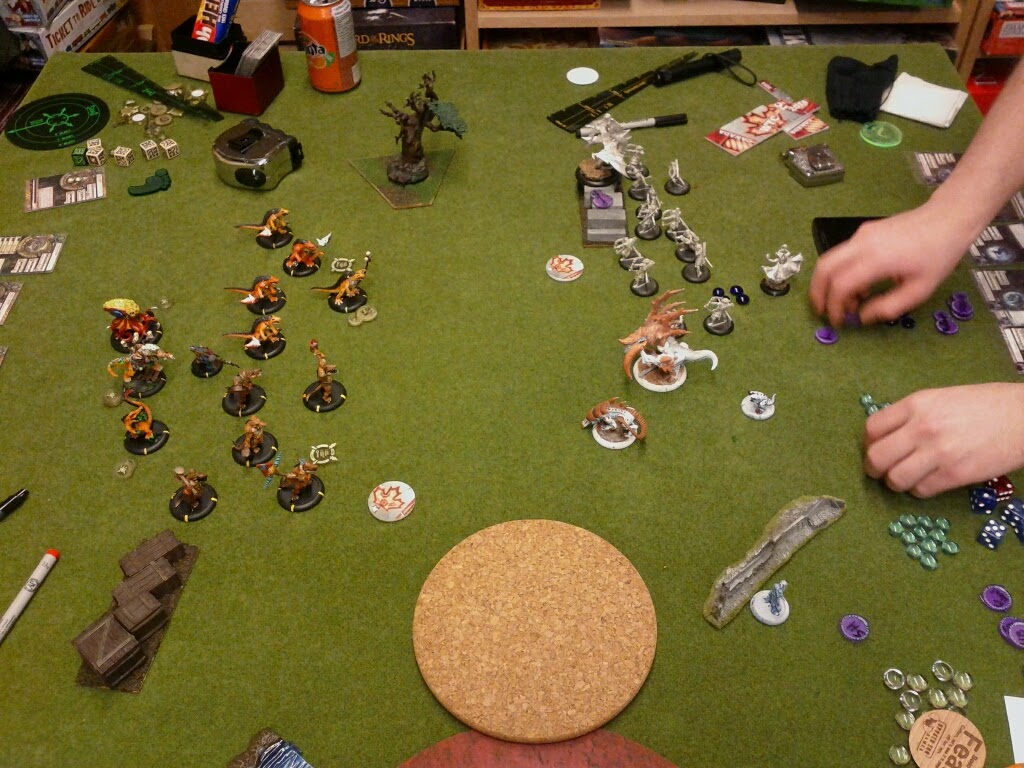 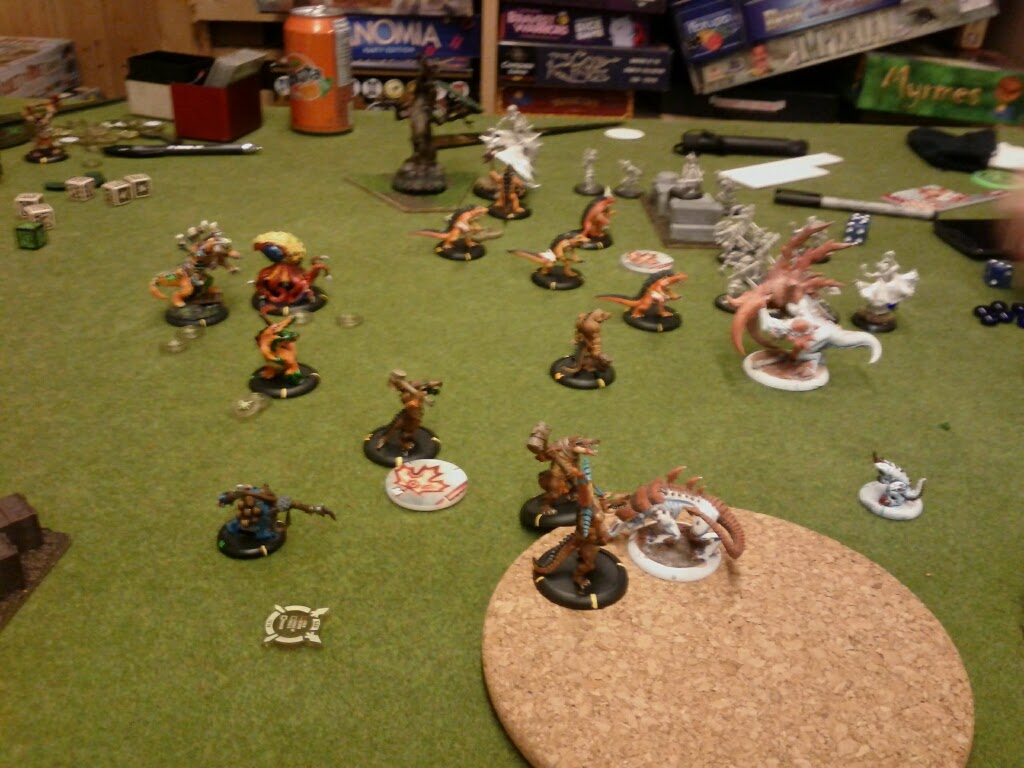 Ended the day with Grippli at 15 pts, so I bought him his first Tier3 Upgrade - UNDYING.

See you all next week, lets hope I have some new painted things to show off before then!